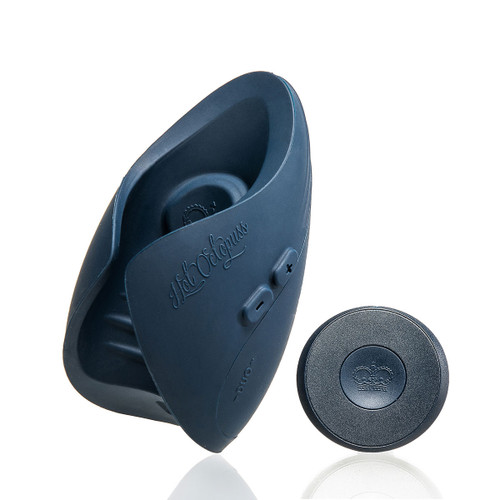 The world's first ever Guybrator™! This multi-award winning male stimulator can be used when flaccid or erect. Pulse III Duo is a revolutionary male stimulator that uses oscillations to stimulate a man and 5 pre-set vibration modes. The Turbo Function allows users to jump to maximum power from any level while the new speed sensor increases PulsePlate power when pressure is applied. But in addition to being a great male solo toy, Pulse III Duo can also be used as a fantastic-hands free couple's toy that is used during foreplay. It is the first couple's toy that offers the man as much fun and stimulation as the woman. Includes independently controllable vibrations for hernow with 25% more power than the Pulse II, along with a handy remote control. Hot Octopuss sits at the cutting edge of sex toy design, creating next generation toys for men, women and couples, which are designed to fit in with people's lifestyles, not just their bedrooms.